Three weeks of the challenge have passed and I fit into my skinny jeans again! OK, they are still more like compression tights but I can actually button them up.

The weigh in last week showed a kilo more than at the initial assessment.  Even knowing that you probably gain weight when muscles are built up, I was a little bit disappointed in myself. Training four times a week (and a hill session surely counts as double) and keeping a close eye on what I eat hasn’t done quite the trick..... yet.  Later that day though Jen texted to let me know that I lost 2.5cm of my waist and 5mm of tummy fat. That was exactly what I needed to hear and a big motivator.

The exercise sessions are still great and I finally got myself and my baby, Alex, into a routine so it doesn’t feel I have to leave the house in a rush before every session.  I pack everything the night before and I changed his napping time to right after the classes. I know it sounds a bit harsh for a 6 month old to follow my routine rather his but I do believe he will be a happier kid if I am healthy and happy with myself.  After all, I put him in the playpen with the nannies and he doesn’t even look back once (not to mention that he naps for 2-3 hours rather than half an hour after playing his heart out in the fresh air, hooraaahh)

My eating is my biggest enemy at the moment.  I definitely think about what I eat and don’t have massive portions anymore. (except last weekend after a visit to the Austrian Club where they served Austrian beer and Schnitzel hanging over the edges of the plate..... I am still paying for that)   However, after Alex is in bed the chocolate devil is haunting me and I get this sugar craving.  I am still going strong, normally satisfying it with a pack of blueberries but I am wondering if there will be a time where I don’t think, dream, smell chocolate everywhere. 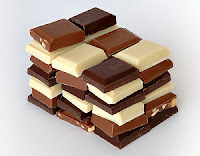 In the meantime I'm really into exercising again.  My other half wanted to go away for the weekend and I instantly thought but what about the Sunday steps session?!  So, we decided to do that after the 8 weeks and I also signed up for an extra session in the Friday boxercise class.  It is officially back; the feeling of missing out on something if you are not working out….and that’s good as I still have a long way to go!
Posted by Jen Dugard at 7:29 PM

Congratulations on getting into your skinny jeans again! You sound really motivated so I'm sure they will fit better and better over the coming weeks. I can do up my skinny jeans too but then I have a massive muffin top, so I'm right here with you trying to shift those last few kilos. Keep up the good work!

Hi Megan, Thank you for your support, I will make sure Christa see your comment. It's really great to know you are following and supporting her journey.

All the best with your own journey to reach your goals.