My response to Geoff Parker, CEO, Australian Beverages Council on The Project

I'm sitting at home on the couch with my kids sheltering from today's Sydney heat in the cool air-conditioning. My children are the most important people in my world and I will always do for them and teach them the best of my knowledge in regards to their health and wellbeing. I think that is one of the reasons I get so angry when I see and hear people standing up and saying things that I know some people will take literally, and, in turn affects the wider health and wellbeing of our population of children. 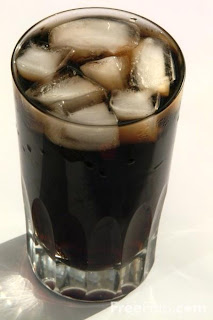 I have been stewing about a segment I saw on The Project last night about soft drinks.  The interview was with Geoff Parker, the CEO of the Australian Beverages Council, who was doing his best to convince us that soft drinks (or sugar) was not the evil it is being made out to be. If you take your information from the Australian Beverage Council itself he may very well be correct; lets look at what the have to say:

“it is kilojoules that count when it comes to weight loss, not uniquely kilojoules from sugar,” said the Council’s CEO, Mr Geoff Parker.

“As the author of the study noted, when kilojoules from sugar were replaced with kilojoules from carbohydrates there was no change in weight, Mr Parker said. “This would not have been the case if sugars had a unique effect on body weight.”

Okay, so when kilojoules are replaced with other carbohydrates there was no change in weight but I know for sure the amount of nutrients you would consume within the same amount of kj's would not be comparable. Not to mention the actual amount of physical food (real food, rather than empty, non food) you would be able to consume which equalled the same amount would be much greater. AND seeing as it is a better quality carbohydrate and you would most likely need less to be satisfied and therefore be likely to eat less and, just maybe, over time, weight would be lost.

And you're telling me that with 65g or 15 teaspoons of sugar in a 660ml (20floz) bottle of coke or approximately 1000 KJ's (for example) consumed every day isn't a problem? I can't think of any other way you can consume that amount of sugar SO quickly than by drinking it - therefore that, in itself is a problem for me; drinking KJ's instead of actually eating them.  What about quality over quantity?

But the statement which made me most mad was;

Far OUT!!!  Kids need what? energy? Yes. Junk, crap, sugar, NO. I don't care how much the argument is that it's about KJ's in equals KJ's out, I know, if you speak to almost every parent out there they will tell you about the effect sugar has on their children. The high; the CRAZY sugar high that follows and the dramatic, world ending disaster and tears that follow that. I can tell you how a sugar hit effects me..... pretty much the same way (maybe without the tears) an energised, hyperactive high followed by a sluggish low - and that's an adult body with an adult metabolism processing the sugar.

Apparently our criticism of the soft drink industry is because they are an easy target - hmmmmm, yes.....fill a bottle with sugar water and in my book that does make you an easy target. No matter what you say about soft drinks being part of a balanced and healthy diet I will not believe you. I know that your soft drinks do absolutely nothing good for my body and even less for my precious children's young and developing body. A body that needs to be in tip top condition to help them run and jump and play, that I need to feed the most nutritions and healthy foods as often as possible. They are growing, they are developing, not only in body but also in mind. I've said it before and I will say it again; what we teach them when they are young will shape their habits and normalities as they grow. Not to mention contribute to our obesity epidemic (or not).

You may not directly market to children under the age of 12, but they see you, and by giving the tick of approval to some less educated parents and people around them you are giving the tick of approval to these children. To come out on national television and say it is okay to give children soft drinks to add variety to what they drink is highly inappropriate. As a mum on my facebook page noted "Why don't they put pure coconut water into schools and introduce kids to a delicious refreshing drink that won't rot their teeth, have them pinging off walls or damaging their bodies and brains." Why not indeed!

Oh, and the bit where you said that sales of low or no sugar soft drinks were outnumbering sales of full sugar versions by three to one which showed we were getting the message about reducing sugar in general AND that the sweeteners in these drinks are okay," because they have been tested" - give me a break! Have you seen the reactions our children are having to artificial sweeteners and additives causing allergies and behavioral problems.

There is nothing that you can say to me now, or with any amount of one sided research that will lead me to believe that soft drinks should be a balanced part of mine, my children's or anyones diet.

I write for you so I'd love to hear your thoughts and views on my blog posts. Please feel free to comment below or one the Body Beyond Babyfacebook page!
Posted by Jen Dugard at 5:00 PM

Great post Jen! Love the message and passion.
It's disgusting what some people will convince themselves of and try and convince others just in order to make a buck!
Unfortunately it's rubbish like this that seeps into the consciousness of the masses and feeds their need for crap and want for laziness...

People must realise and understand that living and eating healthy is incredibly simple, it just requires some foresight and application

I completely agree with you Jen... no one EVER is going to convince me that soft drink is good for anything.
It is sad that coke is sold over milk (though part of me can't really believe it!)

Keep up the great work and hope I get to catch up with you @ FILEX!
mishxxx