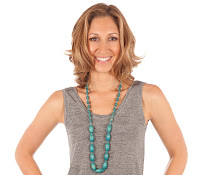 Many foods have immune stimulating effects and it is easy to include them into your diet on a daily basis. Additionally, by eating organic and seasonally you can be assured that your diet will be super rich in essential vitamins and minerals. My top immune foods are: garlic, onion, leek, shitake mushrooms, tumeric, parsley and fresh beetroot.

Mushrooms - Some recent studies have also found that they may make white blood cells act more aggressively against foreign bacteria. The very best kinds of mushrooms are shiitake and maitake

Garlic - antibacterial, antiviral and antifungal and increases immune function. It’s also a good source of selenium, an important trace element, and sulfur, which is important for healthy liver function.

Spinach and other leafy greens - contain beta carotene, the precursor to vitamin A, vitamin C and calcium.

Orange vegetables - sweet potatoes, carrots, pumpkin and squash are a good source of vitamin A

Kiwi fruit, blueberries and oranges - good sources of vitamin C. To increase the amount of vitamin C from your oranges, thinly peel the skin off with a knife, leaving the white bioflavonoid rich inner peel.

Chinese cabbage - is a good source of vitamin A

Avocados- are rich in vitamin A and potassium and also contain folic acid and magnesium.

Turmeric- enhances the immune system and has a detoxifying effect

Blueberries -the ultimate immune-boosting food. Rich in anti-oxidants. When US researchers measured the levels of antioxidants in 40 different fruits and vegetables, blueberries came out near the top. In fact, a 12S g serving of fresh blueberries supplies enough antioxidants to almost double our average daily intake

Beetroot -bursting with minerals and has anti-cancer, anti-inflammatory, anti-oxidant, immune-boosting and detoxifying properties.

Brazil nuts - you only need to eat two or three a day to benefit from their great combination of immune-boosting nutrients: vitamin E, selenium and B vitamins.

Cranberries -best known for helping to prevent and treat urinary tract infections, especially cystitis, in women. They have both anti-fungal and antiviral properties.

Green tea - is a rich source of a type of antioxidant called a catechin, and preliminary research has found that a specific catechin -- epigallocatechin gallate (egcg) -- may give the beverage antigen-fighting abilities. When researchers at the University of Sherbrooke in Canada added green tea to lab samples of the adenovirus (one of many viruses that causes colds), they discovered that egcg inhibited the virus' ability to replicate. Similarly, researchers in South Korea found that egcg can also stop the influenza virus from replicating.

Yogurt - might help keep infections at bay. That's because these foods contain probiotics, bacteria that stimulate immunity cells in the gastrointestinal tract. Normal, healthy bacteria that colonize the GI tract help you resist bad bacteria and detoxify harmful substances. In addition to their protective effect in the GI tract, probiotics also may help stimulate immune-cell production system-wide. In a recent study of 33 women from the University of Vienna, Austria, those who ate ordinary yogurt daily for two weeks raised their T-lymphocyte cell count by nearly 30 percent.

Physical activity from 30 minutes a day to 60 to burn more calories," Fernandes says. In a yearlong study of 550 men and women, researchers from the University of South Carolina found those who exercised moderately were 25 percent less likely to develop a cold compared with those who rarely exercised. (The subjects simply walked at a brisk pace.) As with diet, moderation is critical; too much exercise or exercising to the point of exhaustion can boost the body's production of adrenaline and cortisol, two hormones that temporarily suppress immune function.

Belinda Kirkpatrick is a Sydney based Naturopath and Nutritionist offering holistic dietary, lifestyle and wellness advice to help patients achieve their optimal health potential. She is an expert in herbal medicines and nutritional supplements and is passionate about helping each and every patient get the most out of life. Get in touch with Belinda at http://www.belindakirkpatrick.com.au
Posted by Jen Dugard at 2:19 PM